San Francisco – 28 October 2020 – Paracosma Inc has created three new virtual Worlds in AltspaceVR to host the 2020 4K/VR Tokushima Movie Festival in virtual reality (VR). The 4K/VR Tokushima Movie Festival is the only film festival in Japan that specializes in 4K/8K/VR video.  Held since 2015 in the spectacular mountain town of Kamiyama in the center of Tokushima prefecture on the island of Shikoku, the festival is going virtual in 2020.

The online festival’s  presentations of live seminars, film screenings, esports competition and awards ceremony will be accessible through three custom AltspaceVR Worlds created by Paracosma: the historic Yoriiza Theater, an Auditorium in the Engawa Office and the space outside the Engawa office in Kamiyama. 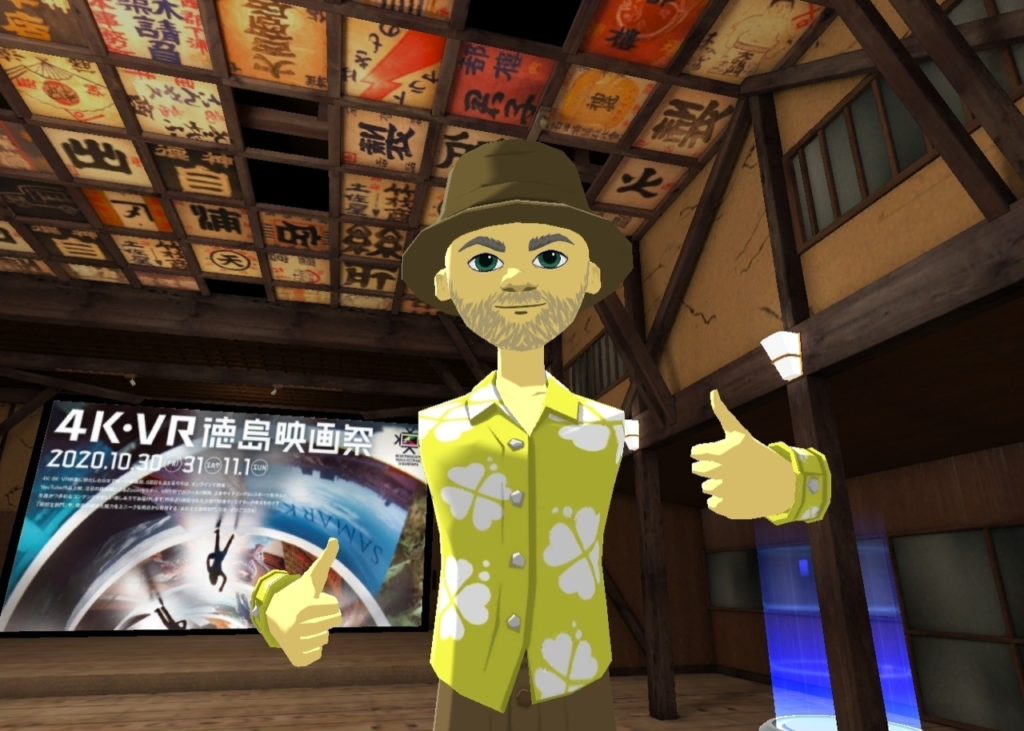 “It was exciting to create a digital twin of the Yoriiza Theater,” said Ken Ehrhart, Founder and CEO of Paracosma. “It was built in Taisho age and its ceiling is decorated with colorful vintage ads for local businesses. So, it captures the feeling of the original place in time.  We also had the chance to create a more contemporary auditorium space, and recreate several outdoor buildings around a plaza for a third stage.”

The 2020 4K/VR Tokushima Movie Festival in AltspaceVR will stream live feeds from the festival during each day (Japan time) on October 30 and 31 and November 1.  Hosted on Microsoft’s AltspaceVR social VR platform, the Worlds are accessible through all commercial VR headsets as well as PCs and Mac computers.

“Following the success of the Paracosma cosponsored VR for Good Conference hosted entirely in AltspaceVR over 24 hours in November 2019 and Paracosma hosted AltspaceVR afterparties for two VRVoice VR collaboration seminars sponsored by HP in April 2020, we have built a number of private office spaces and meeting venues in AltspaceVR,” says Mr. Ehrhart.  “The 4K/VR Tokushima Movie Festival provides another example of VR’s ability to bring together audiences from around the world to meet, collaborate and enjoy entertainment in a realistic virtual setting.”

Founded in 2016, Paracosma is an Augmented and Virtual Reality (AR/VR) Solutions Provider with offices in the US, Japan and Nepal.  Paracosma services include application development, 3D content creation, 360 video production, and project implementation across a broad range of AR & VR platforms.  Additionally, Paracosma creates its own content in the gaming, entertainment, tourism, enterprise and education/training spaces.  Paracosma also has proprietary technology for producing, viewing, managing and distributing 360-degree photo and video content.