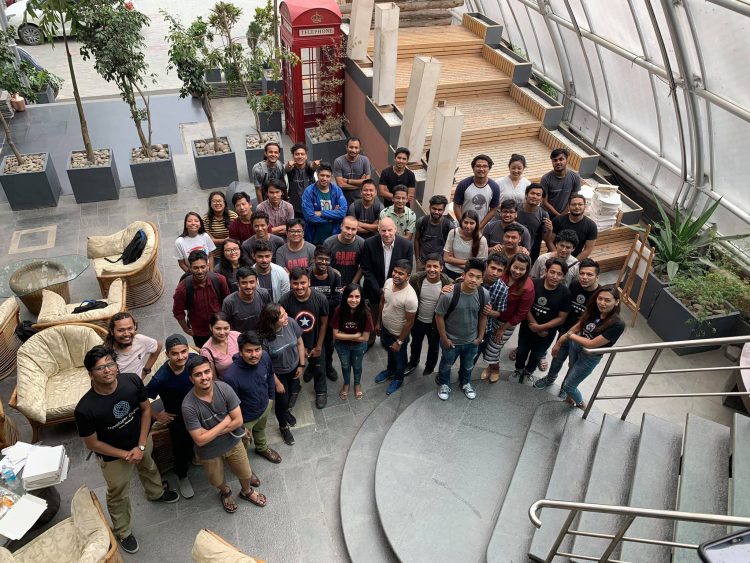 Founder and CEO of Paracosma Inc, Ken Ehrhart, delivered a keynote presentation on the
limitless possibilities of technology, the AR & VR landscape, and shared how Paracosma Inc is building innovative and cost-effective AR/VR solutions. “At Paracosma, we remain committed to enriching our outsourced services and accomplishing our clients’ visions with our growing team of expert engineers and artists here in Nepal,” said Mr. Ehrhart.

During the event, attendees got the chance to experience demos from different VR and AR
devices such as Oculus Go, Oculus Quest, Oculus Rift, Magic Leap AR, and iOS Devices
provided by Paracosma Inc. The Paracosma team provided demos of its AR and VR
applications, including a preview of its in-house developed consumer VR sandbox game
‘UnnamedVR’. Unnamed VR is an open-ended sandbox game in which the only goal is to
explore and have fun in VR. The setting is a large mansion with 15 interactive playrooms.

Overall, the 2019 AR & VR Event turned out to be a great success where a new generation of technologists, developers and enthusiasts got a chance to explore the domain of AR/VR along with learning/networking opportunities.